The American Society of Plastic Surgeons reports botulinum toxin type A injections are the most common minimally-invasive cosmetic treatment in the country. This injectable approach to softening wrinkles accounted for 7.44 million of the 15.9 million minimally-invasive cosmetic treatments performed in 2018. You may know botulinum toxin by the trade name Botox; however, this well-recognized solution represents just one of a group of medications that use the same active ingredient to inhibit the muscle activity responsible for expression lines.

Triple board-certified surgeon Dr. Patrick Obasi is pleased to administer Botox skillfully and safely as well as Xeomin and Dysport treatment to Plano, TX area patients in his practice, Noble Cosmetic Surgery. Other cosmetic surgery centers in the Dallas-Fort Worth Metroplex may only offer Botox. So, the search for “Dysport injections near me” can be difficult. Dr. Obasi provides options, allowing for truly tailored treatment that achieves the best 0utcomes for each patient.

Used in the United Kingdom since 1991, Dysport was initially developed and approved as a treatment for involuntary blinking and various forms of muscle spasms. The Food and Drug Administration later approved Dysport in 2009 for the treatment of cervical dystonia, a condition characterized by involuntary contractions of the neck muscles. Additionally, Dysport was approved to temporarily reduce the appearance of moderate to severe glabellar lines. The skin between the eyebrows, or glabella, is prone to wrinkles as each time you frown or squint, a groove forms beneath the skin’s surface. As skin ages and loses its flexibility, the lines that normally only appeared when an expression was made, become permanent facial features.

Dysport works on the muscles that repeatedly contract, tighten, and cause wrinkles with one injection into each of five points above and between the brows. When Dr. Obasi administers this solution, it blocks the signal sent by the nerves to the muscles that normally cause the activity responsible for lines. Since the signal that produces the contraction is blocked, the muscles can’t cause lines when you frown or make other expressions. The treated area looks smooth and youthful again; you don’t have to worry about areas of your face appearing unnatural or “frozen,” as Dysport only works at the site of the injection. So, go ahead — Express yourself freely and naturally, with confidence!

Call 214 - 617-1672 to schedule your consultation at the Plano, TX office of Noble Cosmetic Surgery. We can discuss your options, including Dysport cost and financing through CareCredit and Lending USA. 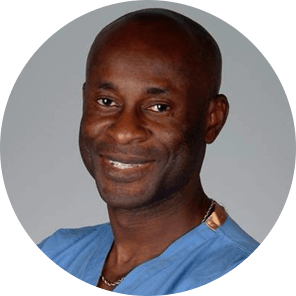 Dr. Obasi is certified by the American Board of Cosmetic Surgery, American Board of Surgery, and the American Board of Facial Cosmetic Surgery. He expands his education to enrich the lives of his patients. He has a bachelor’s degree in microbiology and biochemistry at the University of Texas Arlington and further at the Howard University College of Medicine. During his university years, he was recognized as an outstanding student, and he is now recognized as one of the top 10 best plastic surgeons in Texas by the National Academy of Plastic Surgeons, among other accolades. 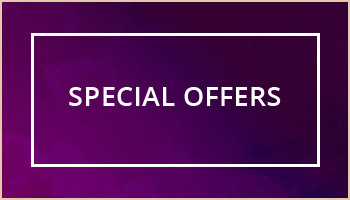 "I am very impressed with my surgery, I have had a dramatic change, my waist and thighs look amazing, I am three weeks post-op and I am very happy. Dr. Obasi is an incredible person. I am blessed to have found him. And Andrea was amazing she is such a sweet heart!"
5